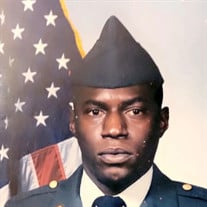 Mr. Sheldon Bowles, 46, entered eternal rest. Sheldon Jomo Bowles was introduced to this world on March 7th, 1976 in Nyack, New York and was declared as a centennial baby which was a designation assigned to babies born on the 200th birthday... View Obituary & Service Information

The family of Sheldon Bowles created this Life Tributes page to make it easy to share your memories.

Send flowers to the Bowles family.